Get up to date with Microsoft’s New Commerce Experience (NCE)

Microsoft’s New Commerce Experience (NCE) is being introduced in January 2022 and it brings with it some big changes to the way you buy your Microsoft CSP licenses. Between January and March, there will be a transition period between the legacy CSP SKUs and the new NCE SKUs and from March onwards, all CSP licenses will be NCE. March is also when Microsoft will introduce their price increases for monthly commitments.

In terms of end customer experience, you shouldn’t notice much difference. There will be no impact to your products and services, just the way that they are transacted.

First of all, with the legacy Microsoft CSP experience, you had two licensing terms – monthly and annual. Given that Microsoft didn’t enforce a cancellation term with these, it meant that CSP was very flexible for starting and stopping subscriptions whenever you wanted.

Moving forward, NCE brings with it three licensing terms – monthly, yearly and multi-year (three years). The monthly term is the most flexible and that is reflected in Microsoft’s planned price increases for monthly commitments. However, these terms don’t have to be mutually exclusive. You could mix and match and have mostly yearly or multi-year commitments for your core user base, then have some monthly licenses for those users who may come and go, such as short-term or seasonal staff.

This is where monthly commitments may prove more important than ever and even with the planned price increases, ultimately save you money in the long run, especially for your seasonal staff. You won’t want to commit to yearly or three-year licenses for users who are only with you for a couple of months as you will no longer be able to suspend these and stop the charges.

An important rule to bear in mind with NCE commitments though is that you will only be able to decrease your seats within the 72 hours at the end of that monthly period for monthly commitments. Similarly, with yearly or multi-year commitments, you will not be able to decrease your seats halfway through if you no longer need that many licenses. Seat increases are more flexible though as some products allow them mid-term and if not, an additional subscription can always be ordered instead. Another thing to note is that even if you commit to a year or three years with NCE, you have the option of a full upfront payment or monthly payments split over the entire term.

We recently hosted a webinar together with our Microsoft CSP distributor Arrow to cover these upcoming NCE changes and to also show how you can easily manage your Microsoft CSP subscriptions in our free-to-use My Pugh customer portal, including placing new orders, increasing and decreasing licenses for existing subscriptions and analysing your Azure usage and budgets. If you want to catch up with all that information, head over to our YouTube channel to watch the webinar on-demand (See below).

As we learn more and more about Microsoft’s NCE over the coming weeks, we will make sure to keep you all updated with as much information as possible. In the meantime, if you have any questions, whether they’re to do with NCE, our My Pugh portal or anything else at all, please don’t hesitate to get in touch and as always, we will be more than happy to help.

Other licensing options are available, please get in touch with our team of experts to discuss your best option. 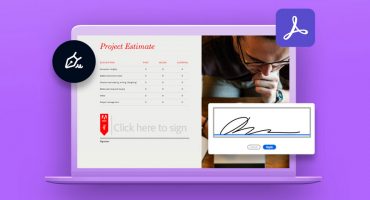 Adobe Sign offers great benefits to you and your organisation: collecting signatures within minutes rather than days speeds up your workflows and makes you more efficient, document tracking and auditing gives you greater compliance visibility, and with no paper needed, it’s simply a greener way of doing things.
Read more » 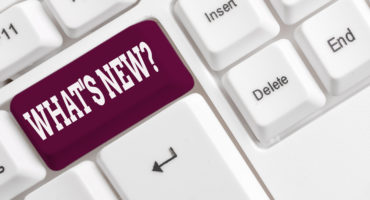 The service we get from Pugh is first class, they respond quickly to queries and will always put you first. Their knowledge of Adobe products and issues has been really helpful and especially with the new Creative Cloud giving assistance on renewals and common problems with licence issues.
Robert Silk, IT Purchasing Manager, Client Platform Services, UCL