Founded in 2009, Altaro has grown rapidly over the years and continues to do so. Altaro flagship solution is Altaro VM Backup, the natural choice for Hyper-V and VMware VM backups. It was born out of a need which was faced in the early days of Altaro. Backing up and restoring VMs was a needlessly complicated process without the use of a 3rd party tool, while existing backup solutions were over-complicated to configure and use, expensive and let down in times of trouble. Altaro provide solid backup solutions that are intuitive, easy to use, well-priced and backed by outstanding 24/7 support as part of the package.

Altaro VM Backup – Altaro VM Backup is a fast, affordable, high performance backup and replication solution. Cut the waste and hassle to give you an agile, streamlined solution that is easy to implement, feature-rich, with outstanding support as part of the package.
Altaro Office 365 Backup – Altaro Office 365 Backup provides you with backup and recovery services for Office 365 mailboxes, backing up your Office 365 emails to Altaro's Microsoft Azure infrastructure. Back up and restore all your Office 365 mailboxes through an online console, on an annual subscription. 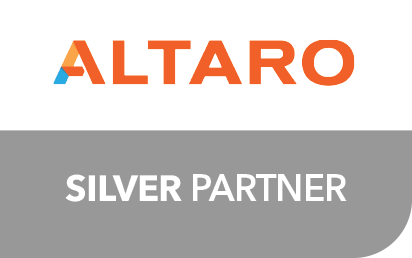 Are You Sending Your Students into a World Full of Lightbulbs, Holding Just a Candle?

Learning Beyond the Classroom

Why your business needs eSignature now more than ever

Previous
I have always been impressed with the knowledge of products that Pugh offer and support. The support doesn't stop once we have purchased software and I envisage we will continue to use Pugh for software purchases.
James Meenaghan, CCSS & Learning Resources Manager, Grantham College